Ushabitis were small statues which, in the Afterlife, performed menial tasks for the deceased, who could thus dedicate himself entirely to his own pleasures.
The restoration financed by Gli Scarabei involved 10 examples in stone, wood, faïence and bronze; they were removed from the wooden supports into which they had previously been inserted. 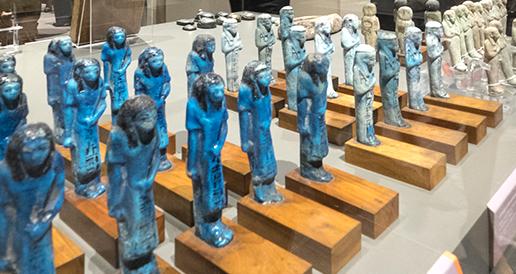